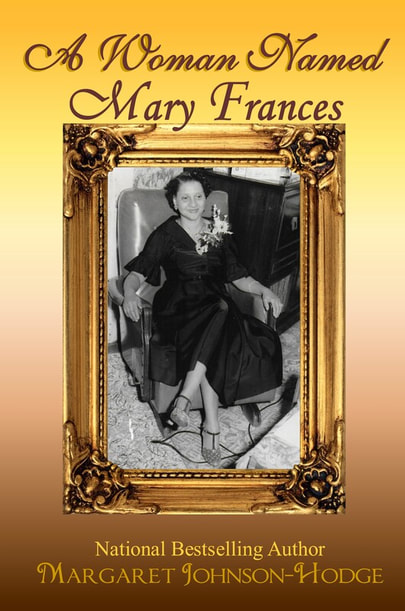 Introduction
As a child, I never paid the elderly much attention. Life was full of new adventures and  senior citizens always seemed to want to put a damper on the fun of my youth. My mother had raised me to be respectful and polite, which I did automatically, but too many days of being a youngster, sitting on plastic-covered sofas that sweated my legs or nicked my thighs, mindful that I was to be ‘seen, not heard,’ as my mother took a visit with one of her friends, dimmed the experience of being around the Elders.
But later on, when I grew up, married and had children of my own, attending church services more than I did dance clubs, I became aware of those magnificent women in white, occupying the very first row of the church, sitting with poise, grace and reverence, and knew there was something special about them.
When I started attending Sunday service on the regular, I came to know them even better, looking forward to the smiles they gave and the hugs they shared. In a word, as my life moved forward, I came to see the importance and reverence of what these women represented—life, in all its wondrous, determined, set-back, move-forward, fall-back, push-ahead, keep-going, keep-believing, keep-the-faith, trust-in-God splendor.
And so, it was with this eye, this feeling, this acknowledgement, that I greeted Mrs. Mary Frances Grogan Mahan one Sunday afternoon and claimed her as my own.
I was introduced to her through her niece and my friend Virginia Standifer. With joy in her voice and love in her eye, Virginia called me over one day after Sunday service and said “This is my Aunt Frances.”
I recalled looking upon the petite, stylish, café au lait-hued woman of both age and stature; her eyes bright with life and the smile warm on her face and something in my soul shifted. I had never met her before, knew nothing of her, but meeting her touched my spirit in such a way that I didn’t do what I’d normally do when introduced to someone’s relative by title. I didn’t ask her last name. I simply said: “Aunt Frances…can I call you that?”
Never having any blood-related aunts in which I was close to and with my own small family growing smaller with each passing year, I wanted to be able to proclaim “Aunt Frances” as my own, though I hardly knew her. To my delight and surprise, she told me yes, I could call her that. And from that moment on, she became my ‘Aunt Frances’ too.
I would continue to see her over the years at church functions and up until the end of her long life, she greeted me with the same joy in her eyes and smile on her face, I returning the favor. I’m not exactly sure when the idea to write about her life struck me, only that it did. Though by then I’d know her for a few years, I still didn’t know much about her, except her age—she’d reached the 100 plus year mark in her life.
I knew she was born and raised in Georgia and assumed she’d seen much, experienced much, but that was all. But because of her longevity, I sensed there was something to her story that needed to be shared. That’s when I approached Virginia about writing this book and was quite pleased that she said I could.
Over the years I celebrated a few of Aunt France’s birthday. One of my most-fondest celebrations happened at what I believe was her 95th.. It was held at Cole Street Baptist Church on a hot July day. My mother, who had become friends with Aunt Frances, asked me to accompany her. Joyfully I went.
I realized just how well-loved Aunt Frances was when we pulled up to the church parking lot and there was barely a parking space available. Inside was just as crowded as what seemed liked hundreds had gathered to celebrate.
People took turns sharing their memories of her and then she was called up to say a few words. We all rose to applaud and she literally blew quite a few minds when, at 95, she was up and out of her chair before most could even stand straight up! I remember my mouth falling open. I blinked and blinked again. At 95, she was more mobile than many other people in the room who were half her age! I knew then that she was indeed a special woman…someone who’s story should be shared.
I’m so honored that I’m getting the chance to do that, share the story of a woman named Mary Frances…